Titling a work (any work) can be one of the harder parts of writing. Whether it’s a novel or even a simple school paper, trying to condense massive quantities of material into a single word or phrase that is both memorable and packs a punch is no easy feat. There are a few ways writers can find titles for their work. It’s common for a project to go through a variety of phases where the title changes from time to time. So if your work doesn’t have a title and you’re getting a little worried, don’t fear! Here are a couple of ways your piece can come to have a title:

From the Start: Some very lucky writers have the title of their book in mind the moment they start writing. They know right away what the story is going to be called and it never changes throughout the whole writing process. Although this is possible, it’s not very common. Sometimes a writer has a title in mind at the beginning that they believe is perfect for their story. Then, as they continue writing, it’s validity begins to fade and they have to search for something new. The process varies for everyone.

With Time (and Work): As you continue to write and revise, you may find that there’s a word or phrase that really sticks out in your manuscript. Sometimes it happens naturally through your writing process when you happen upon something that really fits. It’s said that you’ll know when you have the right title — and you will. If you’re not fully satisfied with the title of your work, then you probably haven’t found the perfect title yet!

Outside Influences: This one is pretty rare and there’s no perfect formula to make it happen, but if you do it correctly, it has the possibility of working really well. An ‘outside influenced title’ is when the title of your book doesn’t have a direct connection to something mentioned in your work, but it still works to tie the story and characters together. It can be a phrase, or a theme, or something completely different. A good example of this is The Martian by Andy Weir. For those of you who aren’t familiar with the story, it’s about a man who accidentally gets stranded on Mars. The word ‘martian’ is never specifically stated in the book, but it is still able to correctly convey the message of the plot. Everyone is familiar with what a martian is, so a new reader can understand and become intrigued by the choice of words. Like I said, this one is a more difficult to execute, but if it’s done correctly, it can add a whole new level to your work.

The Scavenger went through three major title changes before I settled on the one that stuck. The first was ‘Brewing Tension.’ It was chosen on the fly, not because it really correlated with anything I was actually writing. At the time, I was about half-way finished with the book and I was sick of looking at ‘Untitled Document,’ so I just stuck the first thing that came to mind up there. There was a lot of tension among the characters and it was continuing to build throughout the story, so ‘Brewing Tension’ seemed like a good enough representation of that. I never really thought it would be the final title, and I was right.

For several months, the title was ‘The Webs that Bind the City.’ I loved this one — the mysterious vibe, catchy phrase, and intrigue it invoked. But the scene in which it was stated in the book was later cut, making it pointless. It was a really hard decision to make, but in the long run, I had to cut the scene. Therefore, a new title needed to be chosen.

‘The Scavenger’ title wasn’t actually my idea — it was my parents’. I was discussing the fact that my book didn’t have a title anymore when they brought it up. They had already read it and one of them asked if I should simply call it ‘The Scavenger.’ At first I was kind of apprehensive, but then I thought about it. The more I thought, the more I realized how much I liked it. It was dark, mysterious, and intriguing, exactly what I wanted the impression to be for the title of my work. So it stuck.

No matter where you are in the writing process, if you don’t have the perfect title for your work, it’s totally fine! These things take time, and you want the first impression people get of your book to be a positive one.

Do you you have any stories on how you found the title for your work? Comment below!

The Scavenger is now available on Amazon! Check it out here!

Keep working hard! And for those participating in Nanowrimo, get all those words down!

One thought on “Title Troubles” 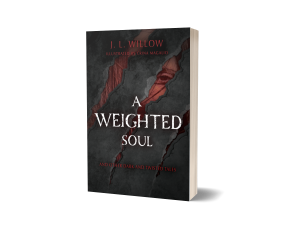